If Nick Jonas is the modern face of spirituality then there’s a chance, with his help, we may all be absolved of our sins.

It’s fair to say the relentless pace of modern life and modern media has left behind so many of the religious, ecclesiastical, formal traditions that, for hundreds of years, have driven the message of a higher power.

While, on first impression, Jonas still represents a generation incentivised by followers (of a digital persuasion, not spiritual), an image fully reliant on stylists and mountains of hair gel, plus an endorsement deal for every day of the week, the 26-year-old is actually a fine ambassador for deep thinking and spiritual dedication.

What Jonas provides is not only a bridge between a generation disenfranchised with belief systems but a link between the religious codes themselves. As someone brought up as a practising Christian, the singer and actor has in fact been receiving guidance from Hindu statesmen following his marriage to long-term girlfriend Priyanka Chopra last year.

It all adds up to one thing – as an ambassador for deep thinking amongst a generation too quickly distracted by technology, he is impressive; but as someone linking together ideas, traditions and values from two religions, his is arguably a performance of true chart-topping quality.

So, you are back making music with your brothers, getting married and having all these movies lined up… are you feeling on top of the world?

You know, I’m not sure if I am or not. But I am feeling happy, both personally and with my career. I’ve reached a few milestones and achieved some things that I am proud of and it helps me feel like I want to give people something positive in a time when they really need it.

You’ve put your voice to what promises to be one of the biggest animated movies of the year, UglyDolls, which is due out in the summer. What excited you about this movie?

Well, first of all the music form Kelly Clarkson, Janelle Monae and Blake Shelton is what attracted me to it. Music is always going to be my first guide and you look at those artists and know this is going to be something that’s done really, really well.

But there was more to it than even that. I could see how this film was bringing forward an incredible message, which is that it’s really important for people to understand that to be perfect is impossible and also, that it’s our imperfections that makes us better and help us grow and connect us to the world in a different way.

I hope both children and adults not only leave the movie humming all of the songs but also really understanding the movie and its message. I feel a certain responsibility to bring a positive message to the world and something which affirms diversity and different walks of life, accepting one’s self.

I think about the animated movies that influenced my life and I hope this movie has that kind of effect.

What flaws do you think you have that help make you unique?

I came to that understanding about 18 months ago and I’ve been focused – at least this year – on just enjoying the moments and taking a second to smell the roses.

Can you talk a little bit about your character in this movie, Lou? What do you think is the obsession these days about perfection?

I think that the great thing is – and I won’t give anything away for the people who are going to see the movie – most times when someone acts a certain way, an unpleasant way, there is some sort of insecurity driving that. Lou has got insecurities of his own, even if he puts out this image that he’s perfect.

I think that the beauty of this story and the way that he grows in the end is that he starts to recognise that there is real joy in accepting yourself and loving yourself. These relationships are built on that trust and that ability to be okay with who you are, and I hope everybody can experience that in their own life.

He is mean, yeah. But he is also a complicated guy. So, he’s not just mean for the sport of being mean, he has had hurt in his life. I am trying to defend him, but he is hard to defend! I mean, I am a nice guy if I have had my coffee in the morning, but if not, then it’s a different story.

For me to be able to get into the character of Lou, Jim Carrey was kind of an influence and obviously just doing voiceover work was new for me. But some of the range and his voice as an actor, the way he uses his voice and the kind of reactions that he has to certain situations, especially in films like Liar, Liar, I tried to channel some of that into the voice. When Lou loses his cool, that was a big inspiration.

So you are pleased with the final cut?

Ah man, I watched the movie recently and I was blown away. I had the reaction that I think one is supposed to have to the character, which was that I didn’t really like him until the end, which is when it kind of comes back around.

You and your brothers have over 100 million views for your song Sucker. Is it fair to say that it has rekindled the magic of The Jonas Brothers?

NICK: I would say yes, and we feel like it is the right timing and that was the first thing – making sure that we were in a spot where it would a healthy version of us doing it again.

But then, the reaction of the world – in all different parts of the world – has just been unbelievable for us and we are so grateful to the fans who stuck around with us and the new fans that are coming into the picture and loving the music.

That means the world to us and it is kind of affirming of our decision to get back together and decide to work together again.

When you were together before, the idea of purity, Christian values and religion followed you around. Do you expect the same thing to happen again this time?

Not in the same way. Obviously, before we were quite a bit younger, and the voice you have can be really strongly influenced by the media or those advising you.

At the time the idea of spirituality and religion was very black and white – you either were or you weren’t. In our minds we were brought up with strong values, so it was natural to follow that through, but over time you learn that your own appreciation of faith and religion isn’t necessarily understood in the same way by others. In fact, how can it be – this stuff means different things to different people.

What I have come to reinforce in my own head over the years is that while I am not wholly religious – in the sense that I’m not going to follow a string of instructions or beliefs just because someone tells me I have to – my commitment to spirituality is as strong as it has ever been. I would even suggest it is stronger because what I believe in now is 100% what I have chosen – it’s not a directive that has come from elsewhere that I’m not fully behind or fully in control of, and that is a relief.

Are your brothers of the same idea?

We are all in different places at different times in terms of our perception of what it is all about, but we all certainly feel very privileged to have grown up with our father being a pastor. To see first-hand that dedication and commitment have given us not just the desire to apply that to our faith, but also to other aspects of our life, and I feel that’s why we’ve been successful. A lot of religion is about positive, wholesome role models, after all. 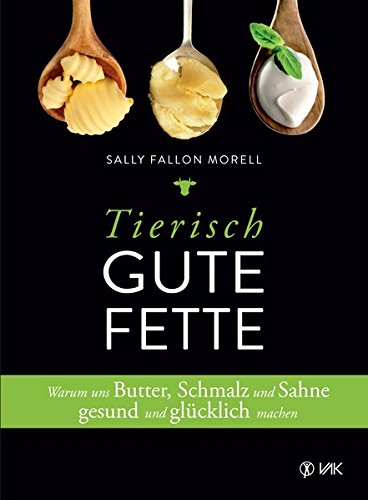