Having first been given the chance to perform at just 10 years old, Demi Lovato has grown to become a multi-talented singer, songwriter and actress with a recent big-screen debut and a Grammy in her sights. But as has been the case for many a young star, the path to success has been lined with troubles. Those struggles, however, have served only to strengthen Lovato’s faith and her unending willingness to help her fans out in whatever small way she can.

To the casual outsider or fan, the life of a singer and actress appears to be a dream-filled to the brim with red carpet appearances and sold-out stadium shows. But it seems these days the zeitgeist is very much to distance yourself with the anomalous depiction of celebrity as a flawless ideal. Those who have achieved fame in the internet age tend more to use their profile to inspire instead – or reach out from behind the superhuman sheen afforded to the life of a celeb to highlight the ways in which fame can be as much a negative as it is a perceived positive.

Demi Lovato is at the forefront of this new generation of celebs. Though she first took to the screen at the tender age of 10 on children’s series Barney & Friends and furthered her teen appeal with a starring role in not one but two Disney Channel productions – namely Camp Rock and Sonny With a Chance – despite her obvious singing, songwriting and acting talents, and the seemingly effortless segue from Disney star to solo artist that has characterised the rise of Selena Gomez (another Barney alumni) and the Jonas Brothers to name but a few, life has not always been so simple for the Albuquerque-born star.

Lovato has been characteristically open about her past struggles – from bullying at school forcing her to finish high school from home to an eating disorder and suicidal thoughts.

“Even before I did Barney when I was seven or eight years old, I had what most people would call suicidal thoughts,” the 25-year-old explains. “Being on that show when I was struggling, and having that connection to that figure of fun, probably saved my life.

“I’ve talked about the bullying during my teenage years and I’ve talked about all the other things that happened to me, or that I felt, that made me who I am today because I want my fans to know they’re not alone if they are experiencing the same things. Just because I was on TV didn’t mean I wasn’t struggling.”

Things came to a head for Lovato when she entered rehab at 18, after failing to deal with mounting substance abuse problems. A familiar story among the dazzling lights of celebrity, Lovato has since admitted to not being able to go more than half-an-hour without cocaine.

“I would sneak drugs onto aeroplanes,” she reveals with typical candour. “I’d wait until everyone fell asleep and do it, or I’d go to the bathroom and do it. It really was overpowering, and I was totally out of control.”

Of course, looking at a fit and healthy Lovato nowadays, these images of clandestine drug use in the sky seem unbelievable. In the seven intervening, sober years since she left rehab, Lovato has released four albums full of inspirational lyrics, with a positive attitude and a focus on being assured in one’s own skin – reflected best in her 2015 studio title, Confident, but with continued echoes through Tell Me You Love Me, which came out last year. It’s not only a testament to Lovato’s personal force of will that she has emerged from situations that would hamper even a hardened adult’s outlook relatively unscathed, but her phoenix-like emergence from the flames of teenage angst is credited by Lovato herself as a joint effort between her and her spirituality.

“I think God gave me a voice – and I don’t just mean singing. That’s obviously a part of it, but also to help others,” she explains. “He gave me the power to make positive music when all I hear on the radio is music about drinking or partying. Even if my songs are about sadder subjects like break-ups, they always convey a positive message.

“It’s because it was God’s will that I went through those experiences. They may have seemed horrible at the time, but in the end, they were entirely worth it because I can help people who are in similar situations. I know exactly what they’ve been through.”

And Lovato’s relationship with God subsequently extends far beyond her observance to pray “every time I go on stage”. In a world where every celebrity can, if they so desire, reach out directly to fans through their social media accounts, Lovato has made it her mission to use any platform at her disposal to rail against prejudiced or judgemental behaviour.

“I was bullied when I was young; really, really badly,” she says. “So I know what it feels like to have someone judge you without you doing anything to upset them. Some of the things that happen these days really break my heart – I just don’t understand why people can’t seem to accept one another for who they are.

“When I went to Sunday school and Bible camp I was taught about a God that loves everyone for who they are, no matter what. I was taught about Jesus, who forgave people’s sins no matter what they were. When it comes to things like judging people for their sexual preferences, or who they are, I just think that the loving God I believe in would never do that. And if you’re not God then you shouldn’t really be judging anyone anyway!”

The year 2015 saw the star return to the silver screen (of sorts) with a leading vocal role in the animated children’s sequel Smurfs: The Lost Village. Alongside a cast that included Rainn Wilson, Michelle Rodriguez (and even Gordon Ramsay), Lovato’s first foray into Hollywood as the bright-blue Smurfette proved indicative of her new-found confidence.

“The Smurfs to me – they embody happiness,” she agrees. “They’re blue and fun, and they’re full of adventure and whimsy, and I think the world needs a lot of love right now. We need the Smurfs!”

The little blue people’s contribution to humanity may seem overplayed, but for Lovato, it’s something that runs deep, something she feels society can really learn something from.

“In music and film, in songwriting and scripts, there’s always a lot I can identify with. I like to think of myself as going on my journey as a strong, independent woman. I’ve always been on my own solo path; I don’t think that will ever change – it’s who I am and it’s who I’m most comfortable with.”

Carl Lentz: Own the Moment 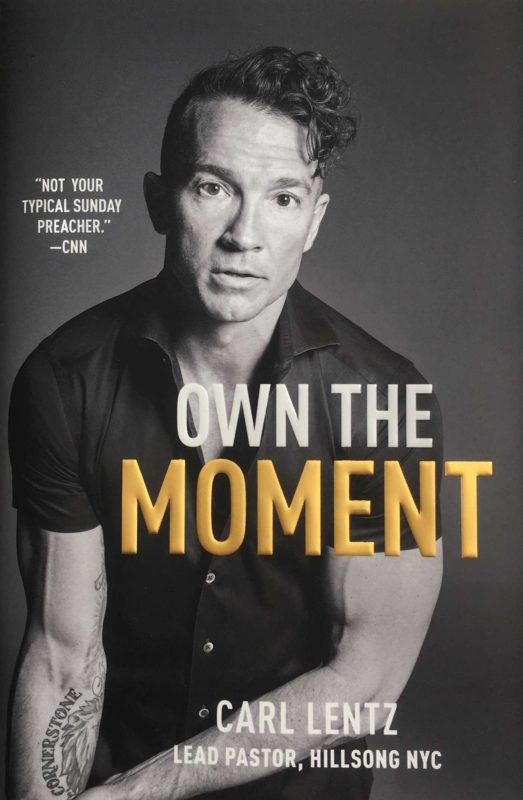